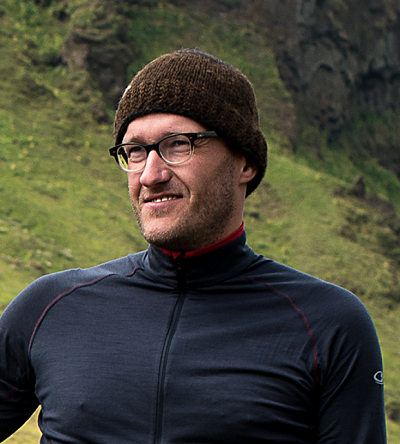 Axel was born into the 1974 World Cup euphoria in Berlin. He spent a joyful boyhood in the backyards of Berlin-Friedrichshain and finished highschool there. After the exciting years in post-wall Berlin, Axel abandoned capital city pace for an only slightly healthier Chemistry student life at the University of Erlangen. His Master thesis and a subsequent research stay with John A. Gladysz allowed him to work at the University of Utah where he also advanced his mountaineering and skiing skills. Back in Germany, Axel joined Matthias Beller’s group at the Leibniz-Institute of Catalysis in Rostock from where he obtained a Ph.D. with work on palladium catalyzed carbonylations and amino acid syntheses in 2002. After a short industrial stay at Degussa AG in Frankfurt, he was a postdoctoral fellow with Kingsley J. Cavell at Cardiff University and Barry M. Trost at Stanford University. In late 2005, he started his independent career at the University of Cologne under the patronage of Hagga Schmalz. From 2011-2017, Axel was Professor of Organic Chemistry at the University of Regensburg. Since 2017, he holds the Chair of Inorganic and Applied Chemistry at the University of Hamburg.

His research achievements were recognized with an ERC Consolidator Grant (2016), the ORCHEM Award of the Liebig Association (2012), the Heisenberg Fellowship (2011), the Emmy Noether Fellowship (2005-2010), and the Science Award of the Industrieclub (2009).

Axel lives in Leipzig. On the personal side, he enjoys goofing around with his kids (age 5 and 2), riding bikes, sampling beer, and travelling.